Not everyone knows the so called "Beffa Baldenich" an episode that took place on 16th of June 1944 during the World War II. Some political prisoners were held captive in the prison of Belluno, awaiting to be shot.

A group of twelve partisans of the brigade Pisacane, led by Mariano Mandolesi known by the name "Carlo", managed to enter the prison with an ingenuos trick: eight partisans wearing German soldiers uniforms accompanied in prison four prisoners who were four partisans wearing hostages uniform.

Once inside the group took the keys of a jailer without firing a shot and managed to escape seventy political prisoners.

Mandolesi repeated the same operation on 28th of April 1945 with same success. On 12nd of April 1976, the Municipality of Belluno conferred to Mariano Mandolesi the Honorary Citizenship. 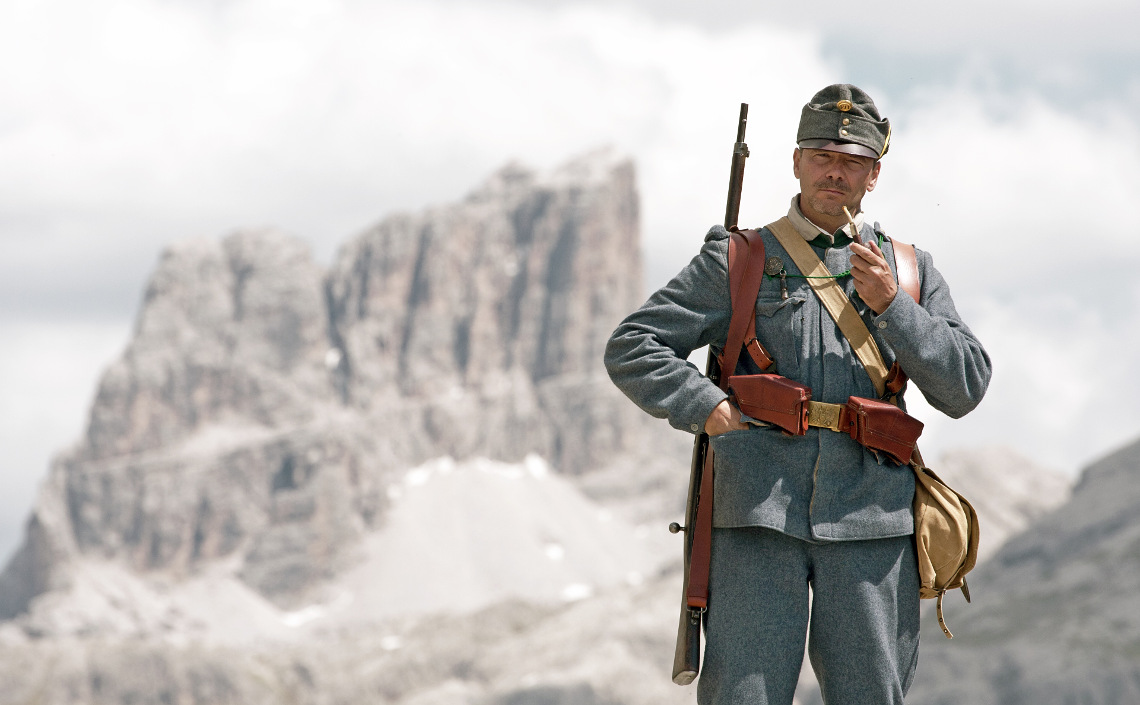 A soldier poses for venetocio in Dolomites.

Monument to a soldier at sunset.